The Berlin-based company was founded around half a year ago and is now, by its own claim, the fastest-growing NewSpace startup in Europe. We spoke to Strategy & Business Architect Christian Williges about the reasons for their success.

In May 2021, the first Corona restrictions were slowly loosened. While a large part of the German population freed itself at least temporarily from the stranglehold of the pandemic, the small satellite manufacturer Reflex Aerospace was founded. The Bavaria-based company opened its first office in Berlin to focus on the core of its future satellite fleet in the Mecca of software startups: high-performance hardware and software.

The idea behind it: the entire concept - including production - of satellites should be adapted to the life cycles of the digital products and services generated with satellites. What sounds adventurous was to turn into a success story. But when Christian Williges looks back, it's not all happiness. The first days, weeks and months in particular were extremely demotivating, he said in our interview. Recruiting employees was a real challenge at that time. In his opinion, this was mainly due to the fact that they were initially unable to convince anyone of their intentions. As a freshly founded startup, there were expressions of interest from all sides - but nothing more. For Reflex's management, however, this was no reason to deviate from their maxim: Assemble a core team that has sufficient experience.

"LinkedIn was on fire!"

As a recruiting tool, they relied primarily on social networks. With success: "LinkedIn was on fire," Christian recalls. "I wrote to a lot of people, and at some point it took off." They received the necessary support from their investors, who helped the small team with the technical screenings. Those were conducted by an expert with 15 years of experience at SpaceX. For potential applicants, this was a sure sign that the company is much more than a "crazy idea," as Christian phrases it.

While the first two months were "a horror", the response is now outstanding. A large proportion of applications are still for advertised positions, but around one fifth are unsolicited applications, says Williges. That's remarkable in that the Web site of Reflex Aerospace has so far revealed quite little about what exactly the startup is up to. What can help is a close look at the job postings. But partnerships with Isar Aerospace and Mynaric also give an indication of where the journey might be headed.

With a 500% increase in personnel in recent months, the company moved into the fast lane at the end of the year. However, the goal has not yet been reached. As Christian emphasized, numerous specialists are still being sought to turn the satellite market upside down. 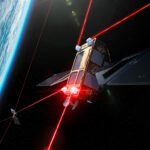 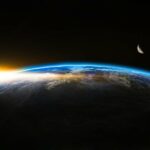 Consortium for European satellite network
15.06.2021
Good News: They are hiring!
If you want to work at REFLEX Aerospace, get your chance! At least 7 jobs are vacant. Check the listed Jobs.