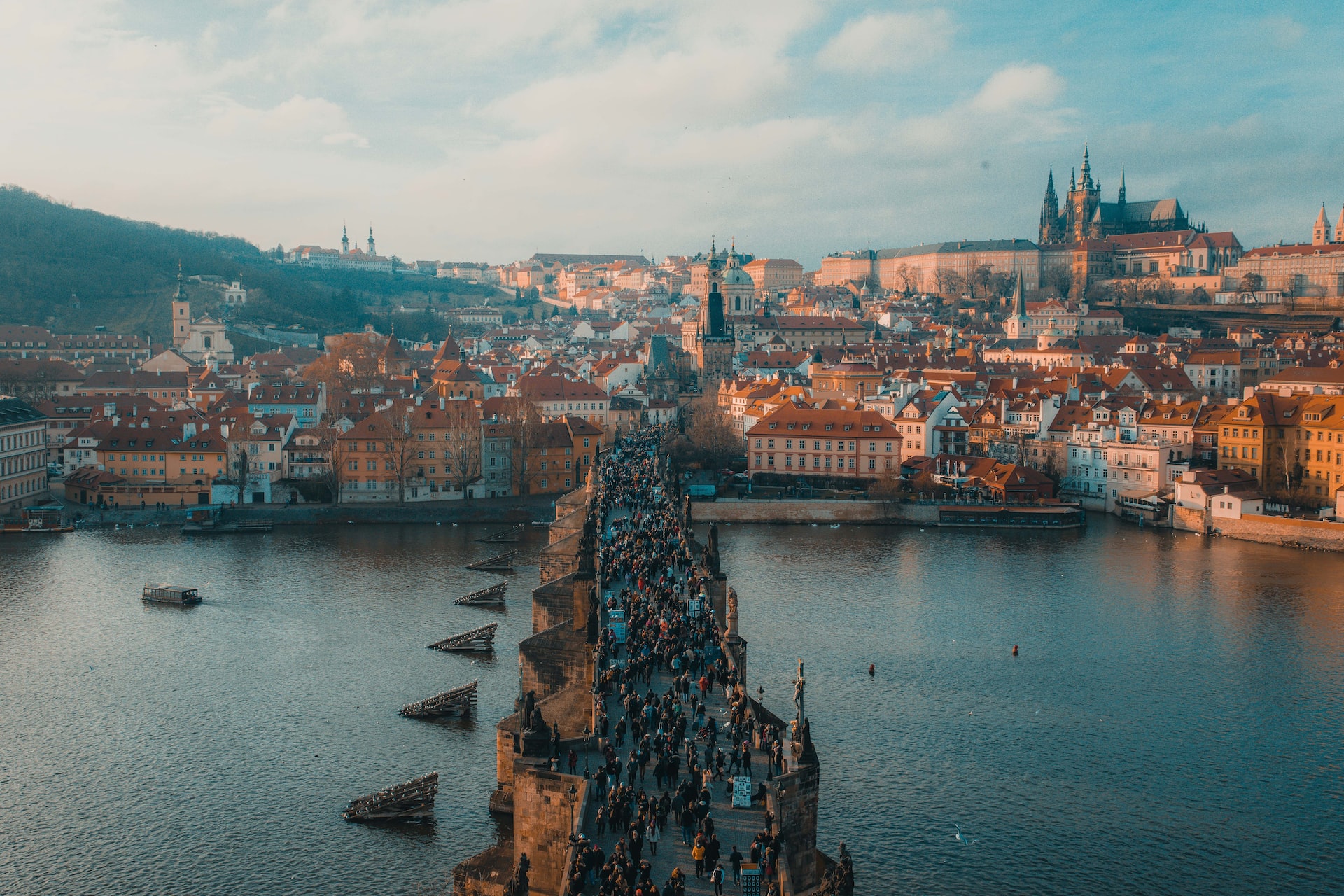 Share on Twitter Share on LinkedIn
This Post in a nutshell
EU Space Week is one of the most important events in the space industry
The focus is on European space flight and political as well as social dimensions
The core topic of EUSW2022 was, among other things, the future viability of European space flight

The EU Space Week took place in Prague from October 3 to 6, 2022. More than 1,100 participants were on site in the Czech capitol, and about twice as many followed the event online. The program of the four days was tightly structured and offered many opportunities for exchange with 150 speakers in 35 sessions.

Like the IAC (International Astronautical Congress), EU Space Week (EUSW) is one of the most important events in the space industry. In contrast to the IAC, however, the focus here is on European space flight. The European Commission and the European Union Agency for the Space Programme EUSPA are responsible for the EU Space Week. EUSPA, which was founded in July 2004, was based in Brussels until 2010, but since December 2010 it has been based in Prague. In addition, the Czech Republic currently holds the EU Council Presidency, which explains the venue.

EUSW is primarily a format for policy makers, public authorities, investors, start-ups, established companies and users of space applications. In short, for all those interested in the current and future trends of the EU space program on an official and professional level. This is also reflected in the program: there were plenary sessions, panel discussions and high-level keynote speeches.

The sessions are based on the European Union's space program. It is said to have spent a long time in slumber and to have missed the start of the current race into space. But it is a fact that the schedule of the program, which was not adopted until 2021, is very ambitious. The goal is to build a dynamic, innovative and resilient space flight ecosystem. Some programs need not shy away from international comparison in this regard.

There is high momentum in all areas, which can also be seen on the agenda of the EU Space Week. For example, there was a general assembly of the Copernicus networks, status updates on Copernicus, Galileo, Egnos, Cassini and Horizon Europe, and sessions with a distinctly political focus. For example, "Space for EU Resilience and Autonomy," "A Stronger cooperation for a stronger EU Space Programme," "EU Space for Secure communications," or "Engaging with public authorities for greater uptake." But also societal topics were addressed, for example in the sessions "Women in Space", "Space 4 Equality" or "Fostering Skills in Europe for the Next Generation". The last session on the last day of the event, entitled "EU Space and Metaverse", also took a look into the currently still distant future. The four days can be summarized in seven points.

1. Space flight is the foundation on which to build Europe's resilience

Secure communications, sustainability and resilience: these are at the top of the list of the most pressing issues facing European space flight, according to key stakeholders and policymakers. According to Thierry Breton, the European Commissioner responsible for the Internal Market, all components of the EU space program contribute to strengthening Europe's resilience and leadership in the global space flight ecosystem. To what extent costly, lengthy and thus already obsolete projects, such as Ariane 6, were discussed and considered, for example, remains a subject of speculation, however.

2. Funding and support are crucial

Just how much was evident at EU Space Week, including at the Cassini session on Wednesday. There, one company pointed out that initial funding and support was crucial to its success. Cassini is a new European Commission initiative to support innovative companies, startups and SMEs in the space industry. It has been running since 2021 until 2027 and is open to all sectors. This explicitly includes activities in NewSpace. Whether it is upstream (e.g. spacecraft, satellites and launchers) or downstream (e.g. software applications using data from Earth observation satellites). Cassini includes a €1 billion EU seed and growth fund. In addition, there is mentoring, a business accelerator, partnerships, prizes and hackathons, among other things.

This is one of the most important aspects of modern space flight and at the same time the business foundation of German companies such as LiveEO, ConstellR or OroraTech. With data obtained from Earth observation satellites, it is possible to react more quickly to natural and climate catastrophes and, at best, to prevent the worst from happening. What is needed are reliable data sources - i.e. satellites - and intelligent software. While both already exist, there is still more to go. In the meantime, many companies are working flat out to offer even more powerful products and services.

With a few exceptions, no one doubts that climate change is happening. Political circles have also understood that "business as usual" is not an option and have taken an important step at the European level with the Green Deal. However, much remains to be done to achieve the goal of climate neutrality by 2050. Numerous measures have already been adopted, including a European climate law. With the date of its entry into force on July 29, 2021, a scientific advisory board for climate change - the so-called Climate Council - has also been established at the European Environment Agency EEA. One of its tasks is to advise policy makers on the basis of the latest scientific findings. The data required for this also comes from Earth observation satellites such as Copernicus or Sentinel. These are supplemented by satellites from private-sector companies such as ConstellR (LisR) or OroraTech (FOREST).

5. The next generation is ready to take the lead

In the long term, enthusiasm for space flight and astronomy cannot be awakened early enough. Demographic change will not leave the space industry unscathed. On the one hand, this will lead to a shortage of skilled workers; on the other hand, it will demand a lot from the veterans. They have to give the next generation the chance to take their place. The most important thing is that the younger generation has the necessary skills to do this. Conversely, this means that universities must teach the skills that are needed in the space industry.

For this, practice-oriented courses of study are needed as well as a rethink in recruiting. Jobs that do not require a traditional career in space are now commonplace. Especially where the level of innovation is particularly high - above all in NewSpace - this seems to have been recognized long ago. In numerous companies, people from all over the world with a wide variety of professional backgrounds are now working together to take space flight to the next level.

6. Diversity is a driver of innovation

In 2022, it is unfortunately still not a matter of course, even though it is long overdue: the knowledge that diversity is neither a cosmetic factor for marketing nor state-imposed or socially demanded equal treatment. After all, those who stay only in their own bubble and surround themselves only with their own kind run the risk of promoting and reinforcing stereotypical patterns of thought and behavior. This makes it difficult to break new ground - which, however, is elementary in space flight.

Diversity is first and foremost a key factor for success. For example, a diverse workforce has language skills that can be used to address new customer groups. Or employees from other cultures have a deep understanding of markets in their countries of origin. Pluralistic companies are also rated better by analysts and have a more positive image in our globalized world. Similarly, international specialists are easier to recruit, employees stay longer with the company, and heterogeneous workforces are more efficient.

Diversity is diverse - and not just a question of origin

Diversity is by no means limited to nationality or ethnic origin. Rather, it also includes age, gender and gender identity, sexual orientation and identity, religion and ideology, physical and mental abilities, and social origin. These are all points on which people can differ - but don't necessarily have to. In a team based on diversity, however, different prerequisites and points of view inevitably come together. If there are then sufficient opportunities to exchange ideas and, in addition, everyone is pursuing a common goal, new ideas and ultimately innovations will emerge.

7. Space flight is an important leverage for inclusion

People with disabilities are people like you and me. But for a long time they were on the fringes of society - and unfortunately often enough still are. To change this, integrative measures are indispensable. It's obvious that space flight can help. For example, with navigation apps that take into account the special requirements of people with disabilities, for example by suggesting barrier-free routes without stairs - which should also make those traveling with a stroller happy in the end.

With regard to the topic of inclusion, Breton's statement that all components of the EU space programme would contribute to strengthening Europe's leading role in the global space flight ecosystem takes on special significance. After all, at the end of March 2021, ESA launched a new selection process for astronauts after more than a decade. And in this, people with disabilities were also explicitly sought. 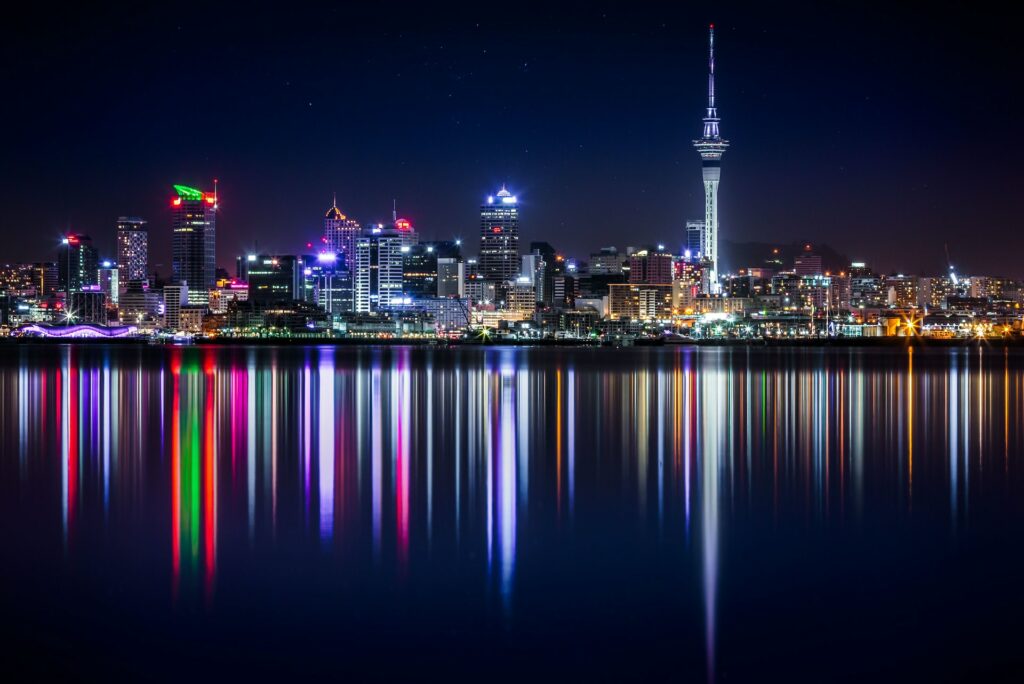 Germany and New Zealand to intensify cooperation in space sector 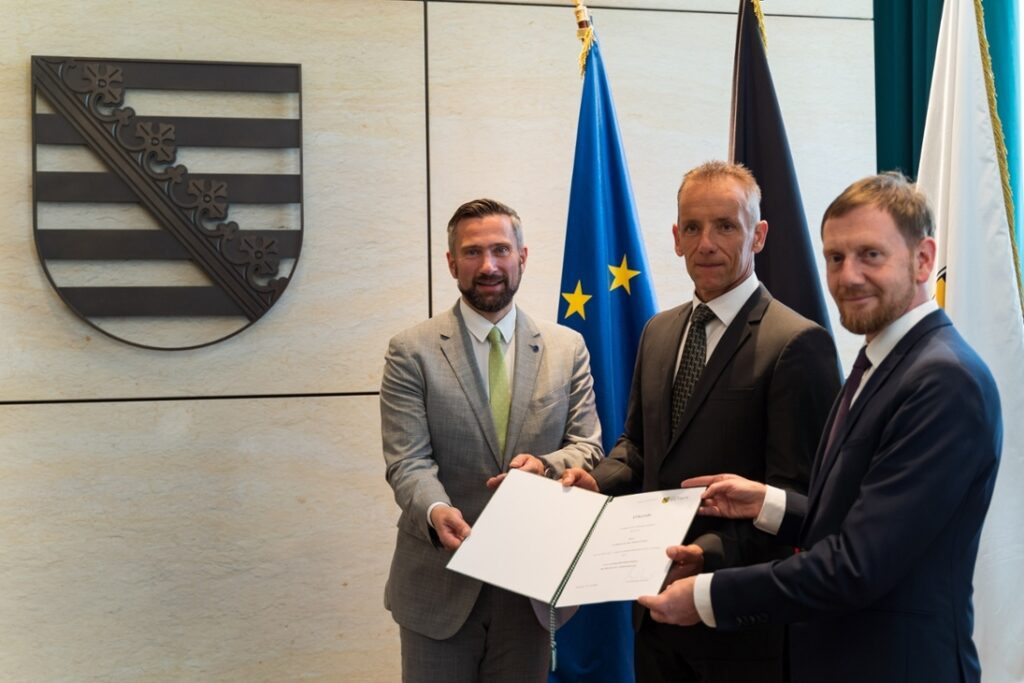 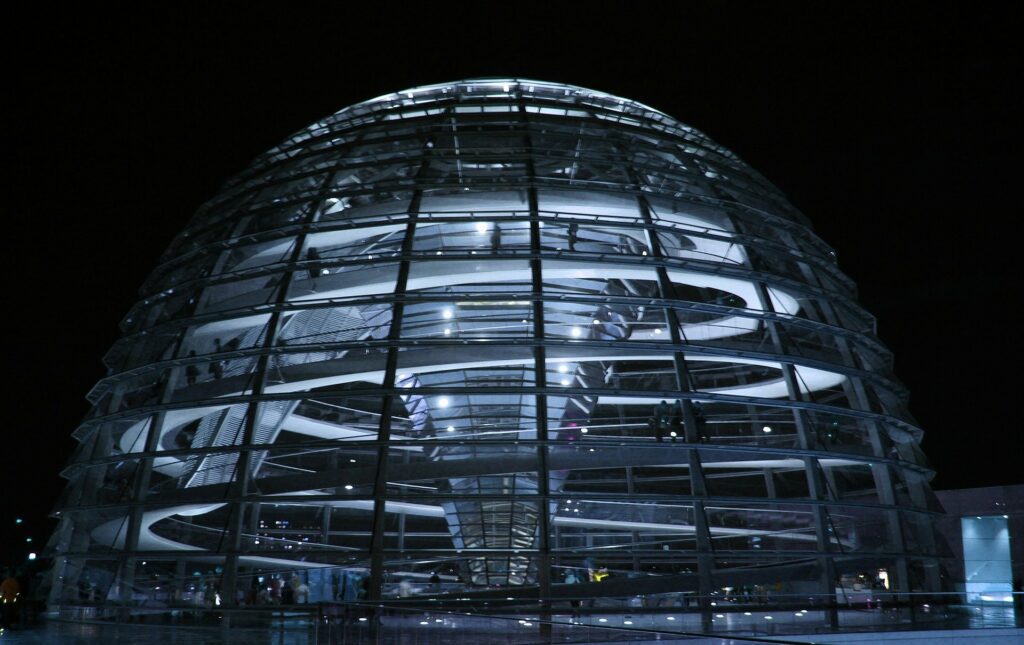 This is what the coalition agreement says about aerospace

A look at the coalition agreement 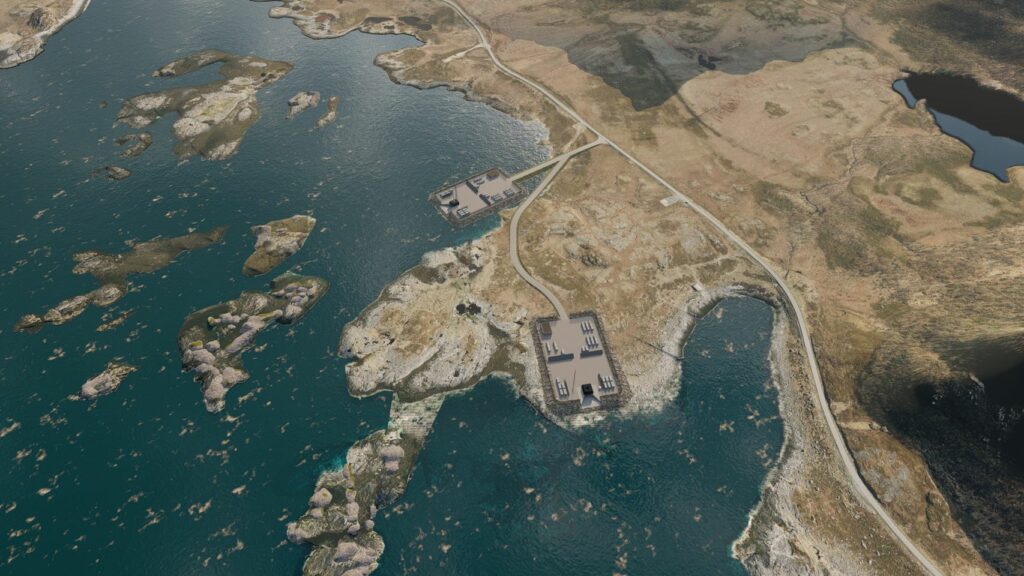 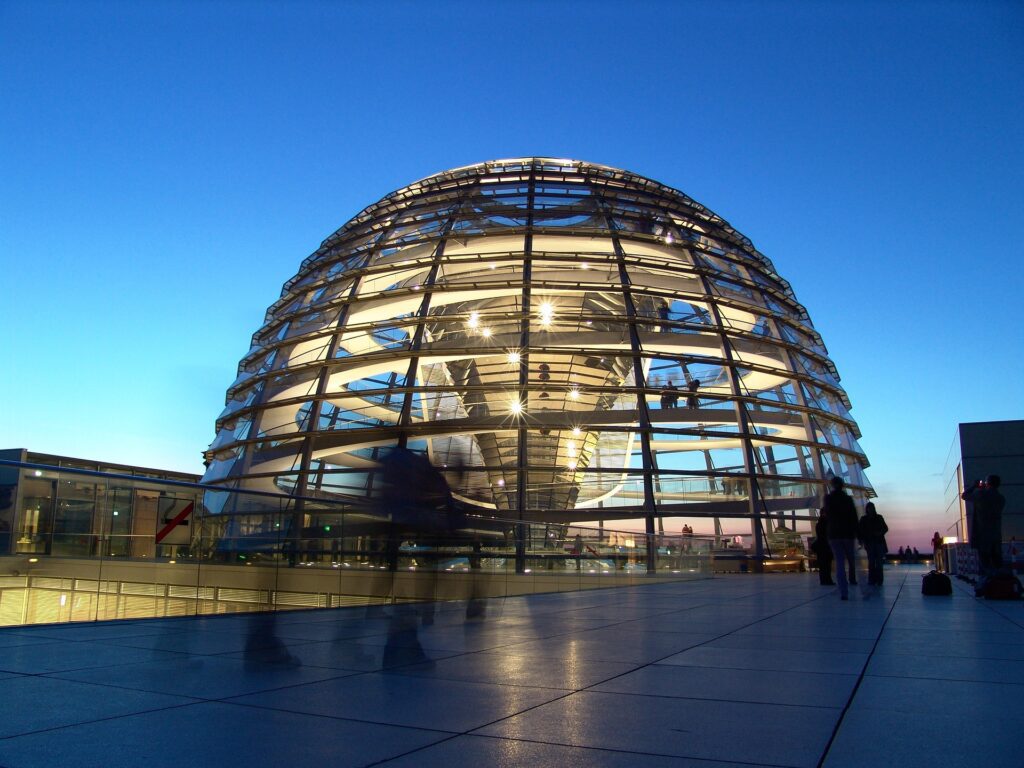 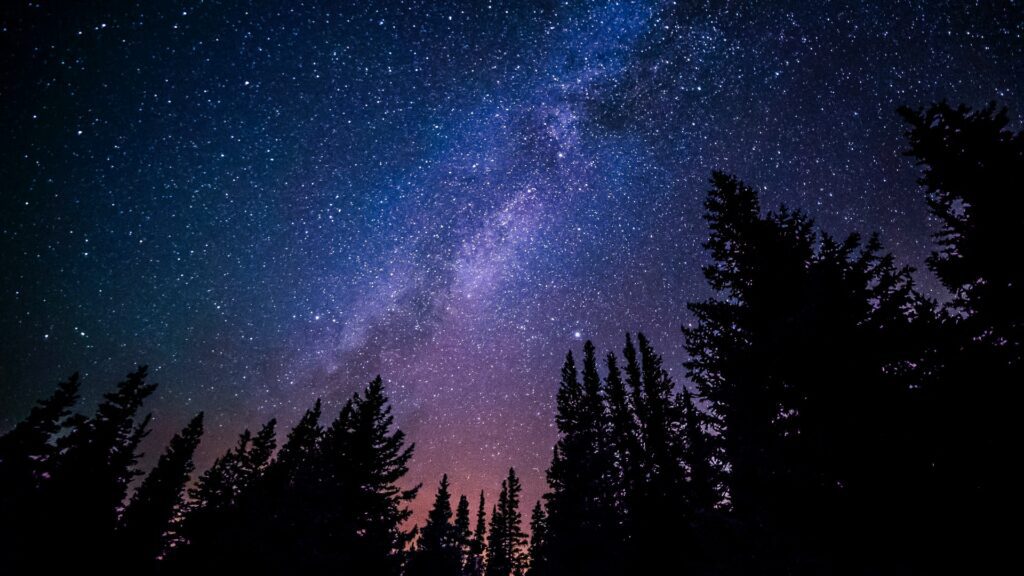