US$ 28 million investment for Morpheus Space

Share on Twitter Share on LinkedIn
This Post in a nutshell
Morpheus Space manufactures innovative propulsion systems for mainly small satellites (so-called SmallSats)
In a first funding round, the start-up was able to raise 28 million US dollars
The funds are to be invested in the growth of the company as well as in a new factory

Morpheus Space is revolutionizing the space industry, especially with its propulsion systems. As the Dresden-based company announced on Wednesday, it secured $28 million in a Series A financing round. Investments will be made in the company's growth - and in a new factory in Dresden.

As CEO Daniel Bock explained in an interview with Astrodrom, Morpheus Space's core value is scalability in all its facets. In this way, the start-up is paying off one of the elementary drivers of NewSpace: the ability to adapt within a very short time. While spaceflight worldwide was in the hands of the government for decades, it is now on its way to commercialization. Technological advances have led to the development of smaller and more standardized satellites that can be launched into space on smaller rockets. This reduces the cost per kilogram launched into orbit and opens up a huge market for new space applications. This is also evident when looking at the number of small satellites launched into space in the last two years, which has increased by almost four and a half times compared to 2019.

Key position in the commercialization of space flight

But what on the one hand enables global communication, navigation and observation also leads to new challenges. Although space is basically infinite, the space available in low-Earth orbit is limited. For some time now, there have been calls for binding rules to ensure sustainable operations in orbit as well. However, a legally binding regulation is still a long way off. For this reason, numerous companies have taken the reins into their own hands and avoided too much of a Wild West atmosphere with voluntary commitments. Functionless satellites floating in orbit as debris are highly problematic. For a long time, it was not possible to move them into other orbits and dispose of them in this way. The necessary propulsion systems were too large, too heavy and too expensive. With its miniature-sized passive and modular propulsion system, Morpheus Space has an innovation in its portfolio that could play a key role in the further commercialization of space flight. No wonder, then, that the Dresden-based company is now the leading supplier of space mobility systems.

The industry has seen significant growth in the last few years, unlike anything we've experienced before, and it has presented numerous opportunities for Morpheus to succeed and grow. However, we've also seen with our competitors how it presents multiple challenges and lost opportunities for those that cannot keep up. Both the blessings and problems associated with the space industry right now can be attributed to scalability.

Dresden is a location for space technology

With the financing round now closed, Morpheus Space will invest in its own growth. Led by Alpine Space Ventures, a total of $28 million is available for this purpose thanks to Morpheus Ventures and existing investors Vsquared Ventures, Lavrock Ventures, Airbus Ventures, In-Q-Tel, Pallas Ventures and Techstars Ventures, which returned from the company's seed round. Capital that will be used to both recruit new employees and build a new factory. The location in Saxony's capital is not up for debate. "Dresden is a livable city and offers the best conditions for a space company like us," says Daniel Bock. "The Institute of Aerospace Engineering at the TU Dresden - incidentally one of only eleven universities of excellence in Germany - enjoys international recognition, which means we are in close proximity to future skilled workers. In addition, numerous high-tech companies are located here." In addition, Morpheus Space relies on suppliers within easy reach, as Daniel Bock emphasizes: "This is also related to very practical reasons. After all, if changes need to be made to components that we don't manufacture ourselves, we can't and don't want to wait weeks for delivery. In this way, regionality is an important point for us."

Largest increase in headcount in the company's history

Working in partnership is also important to István Lőrincz, co-founder and president of Morpheus Space: "To succeed, we need to rely on each other and help solve the problems of our partners to maintain growth. With this funding round, we will be able to produce high quality hardware on a much larger scale that the industry needs and we look forward to how it will open doors for us and others in the future." To make this happen, Morpheus Space will significantly increase its headcount within the next six to 12 months. The goal: more than 100 employees across multiple time zones. After all, despite difficult economic times, Morpheus' order books are well filled, with contract numbers increasing by more than 250 percent last year alone.

"We are excited to support Morpheus Space on their journey."

This development is also acknowledged by Bulent Altan, CEO of Mynaric and investment partner at Alpine Ventures: "Morpheus Space's closing of their impressive Series A financing round in the context of an uncertain global environment, is a testimony of the team's stringent technical and commercial execution." Alpine Space Ventures said it is proud to be the lead investor and to enable the company to meet growing customer demand. In addition, the Federal Communications Commission FCC (regulatory agency for communications equipment in the U.S.) highly validated Morpheus' value proposition, he added. Background: the FCC had announced on Sept. 8, 2022, that faster disposal of retired Low Earth Orbit (LEO) satellites would alleviate the problem of space debris. Altan said, "Combined with the ever growing need to be maneuverable in LEO for debris and collision avoidance, we expect the demand for small to medium satellite propulsion to grow significantly."

With its scalable products, Morpheus Space has the potential to leave a lasting mark on NewSpace or even revolutionize it. This is demonstrated, among other things, by awards from NASA and cooperation with renowned space companies such as Spire Global, Antaris Space or the Rocket Factory Augsburg. 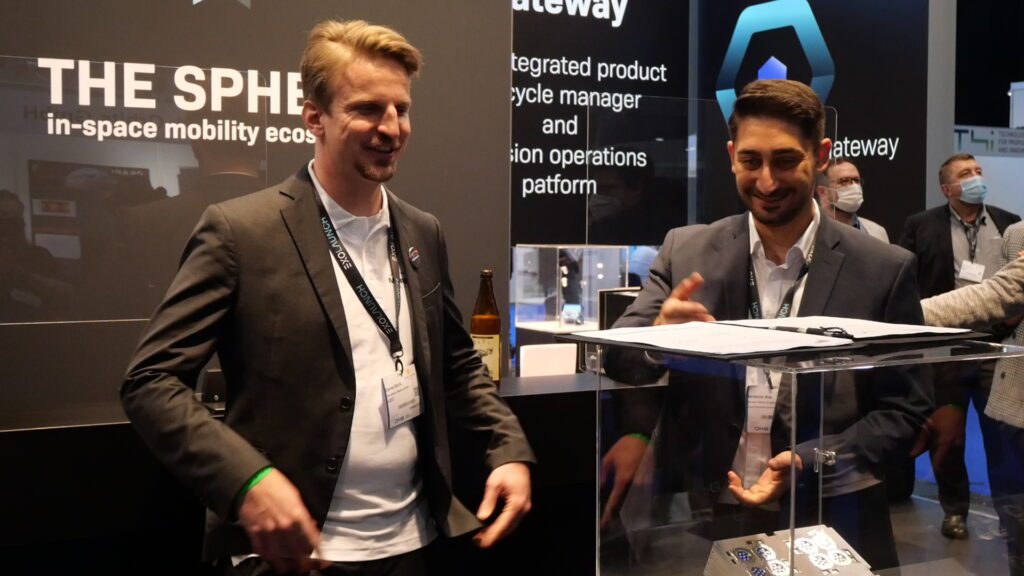