The Brunswik-based start-up led by Kristina Nikolaus, Christopher Kebschull, Jonas Radtke and Sven Müller wants to prevent satellites from colliding with space debris and other satellites. The core product is software that can automatically detect potential hazards. The company has now secured the support of investors in a seed financing round. VC firms and business angels are providing a total of 5.5 million euros. The round is led by Munich Re Ventures, with Dolby Familiy Ventures, Apex Ventures and Herius Capital also participating.

OKAPI:Orbits was able to secure further capital from renowned business angels. Firstly, from Dr. Ingo Luge, who was, among other things, Chairman of the Board of Management at E.ON from 2006 to 2018 and has been a member of the Supervisory Board at thyssenkrupp since 2018. Andreas Kupke, founder of FINANZCHECK.de, is also on board. The "technology enthusiast" has already invested in Isar Aerospace and has been Chairman of the Board at Berlin-based start-up LiveEO since March 2021. The Vice President of SAP Christian Dahlen and former manager of Black Bridge Michael Oxfort complete the round. Translated with www.DeepL.com/Translator (free version)

We’re building the first-ever tool designed to maximize profits and secure zero impact in the precious space environment. With OKAPI: Orbits, everyone who is working in and with space has can access critical information with just one click, integration into customer systems takes less than 10 minutes, and operators know exactly how missions can be optimised without interfering with others.

Of the nearly 5,800 active satellites in space (as of May 2022), OKAPI:Orbits says it has already prevented more than 50 from colliding. Potential sources of danger are not only the many satellites, whose number will multiply in the coming years. A particularly explosive issue is and remains space debris, which poses a long-term threat to the entire space industry. More than 130 million pieces of debris ranging in size from 1 mm to 1 cm orbit the Earth. As a result, there are up to 4 million collision warnings per year.

48
Written by (MWe)
More from OKAPI:Orbits 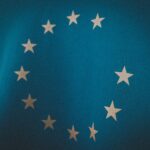 OKAPI:Orbits and Vyoma selected for INTEGRAL
09.07.2021
Good News: They are hiring!
If you want to work at OKAPI:Orbits, get your chance! At least 3 jobs are vacant. Check the listed Jobs.