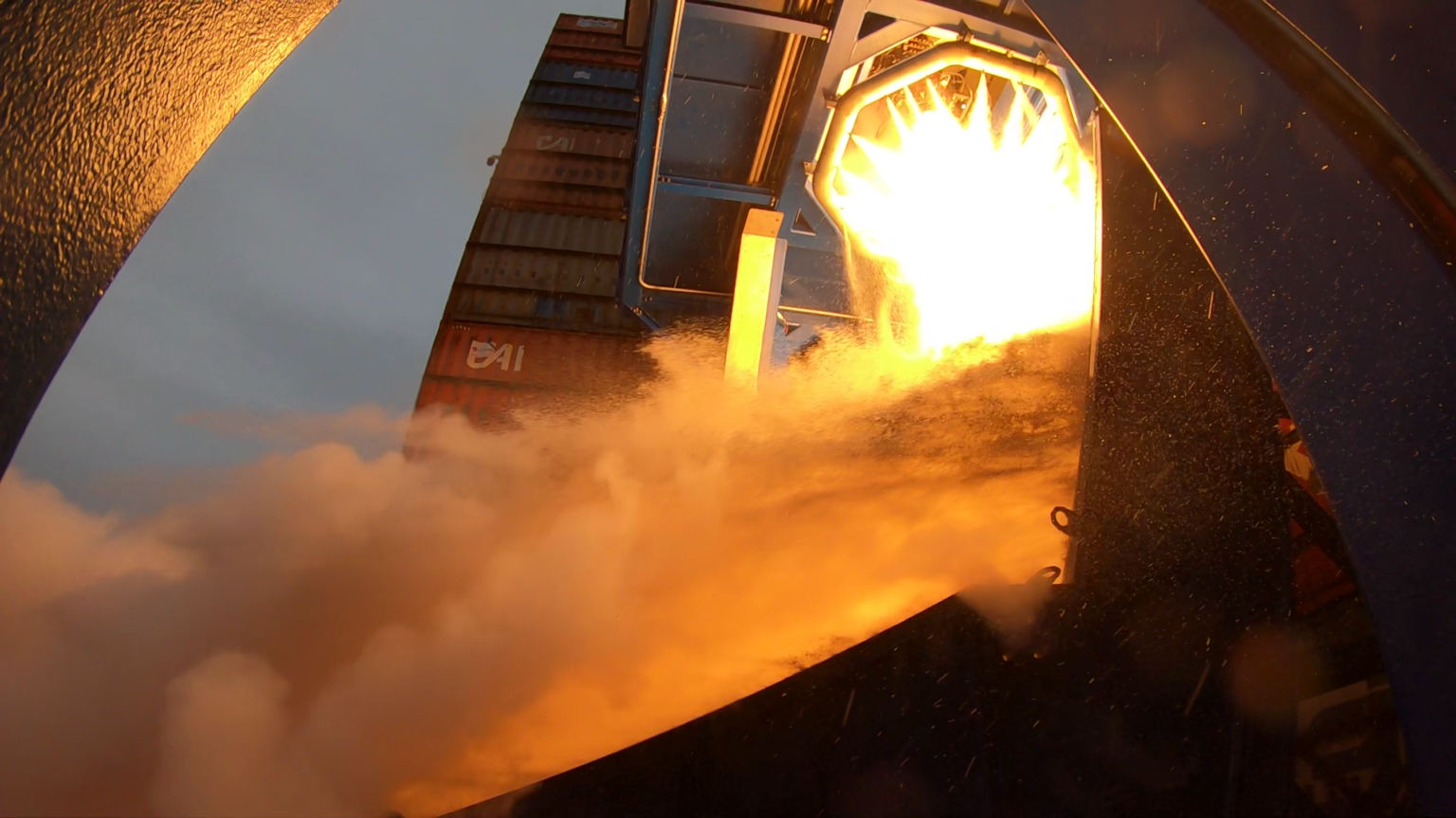 It was only at the end of June that Rocket Factory Augsburg (RFA) announced that the specially developed engine with staged combustion was successfully tested. Now, in Kiruna, Sweden, the next test over eight seconds was also successful.

The eight-second burn time with stable combustion is considered by the industry as proof that an engine is fully functional and achieves a state of thermal equilibrium across all components of the engine.

"The engine ran for over eight seconds and met all the parameters we wanted. All systems worked perfectly. We are thus continuing our successful series of tests and feel confirmed in our decision to develop engines with staged combustion technology in Europe as well."

A 44 second video shows that the drive shafts have to withstand approximately 27,000 rpm, while the pressure at the fuel pumps can reach up to about 250 bar (Second Stage Fuel Pump).