A spaceport is to be built in Andøya, Norway, from which the German microlauncher manufacturers Isar Aerospace and Rocket Factory Augsburg also want to launch. The Norwegian government has now given the go-ahead for the project.

More than 100 companies in Germany can currently be attributed to the space industry. The entire value chain is represented, from infrastructure and the provision of services to the evaluation of data. A decisive and still critical factor, however, is rocket launch sites. While Valkyrie (GAIA Aerospace) or Aurora (Polaris Spacecraft), for example, are expected to be able to launch at airports, these projects are still in the concept phase. To enable vertical launches, the German Offshore Spaceport Alliance (GOSA) wants to establish a platform in the North Sea. In September 2021, four companies signed a letter of intent to use the platform, including HyImpulse and Rocket Factory Augsburg. Until then, both the Augsburg-based company and Munich-based microlauncher manufacturer Isar Aerospace are relying on a launch site in Norway. This is currently still under construction, but is expected to go into operation as early as 2022.

The operator of the launch site on the Arctic island is the company Andøya Space. In June 2020, the Norwegian Parliament signaled its willingness to support it with NOK 282.6 million (about EUR 28.8 million) in equity and grants of NOK 83 million (about EUR 8.47 million). However, in order to receive the funding, Andøya Space had to demonstrate that the equity would provide the state with a return on investment that a market investor would have accepted.

As Trade and Industry Minister Iselin Nybø said, "handling the case has been both challenging and time-consuming." In addition, he said, the government had a clear expectation that the results set out in the business plan would be achieved in accordance with the requirements. To this end, Andøya Space had adapted its business model in advance and submitted documentation to ensure that the financing conditions were met. This is because these must also stand up to scrutiny under European law and be in line with the rules of the EEA Agreement on state aid. Now that these milestones have been reached, the Norwegian Prime Minister also expressed her satisfaction.

Norway also expects the development of the launch site to have positive economic consequences. Up to 150 new jobs are to be created at Andøya Space, and others at suppliers and customers. Nevertheless, Nybø sees not only great opportunities in the investment, but also great risks. To what extent the first two customers, Isar Aerospace and Rocket Factory Augsburg, will be able to mitigate these and attract further customers through their launch activities remains to be seen. Currently, the first launch is scheduled for the third quarter of 2022.

5
Written by (MWe)
More from Verwaltung 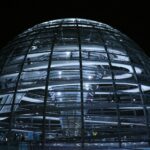 This is what the coalition agreement says about aerospace
24.11.2021 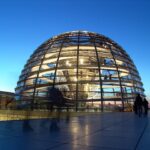 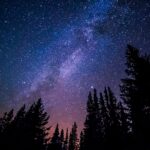