On September 30, 2021, ESA Director General Josef Aschbacher awarded the six winners of the Global Space Markets Challenge. In the Upstream category, the German company DcubeD won the prize of 15,000 euros.

The Gemering-based company DcubeD manufactures actuators. Among other things, these are very small release mechanisms for deployable structures such as antennas or sails, which are used for solar panels, for example.

Commenting on the company's future plans, founder and CEO Thomas Sinn told the portal "Munich Startup" in February of this year: "With the seed investment from HTGF and ILV, we can immensely accelerate the development and space qualification of our products. By the end of this year, we want to have completed this and also have already flown our products in space once or twice. In five years, we want to be the market leader in actuators and deployable structures for small and micro satellites."

The Downstream category was won by Detektia Earth Surface Monitoring, a Spanish company. The winners will have the opportunity to present their companies at the 72nd International Astronautical Congress (IAC) in Dubai from October 25-29, 2021, and subsequently meet with investors.

Upstream winners will also receive a company stand at the next ESA Industry Space Days (December 7-8, 2021). The award was launched by ESA as part of its Agenda 2025 to give young European space companies more visibility and competitiveness in the global market. 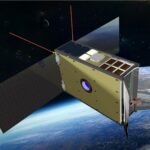 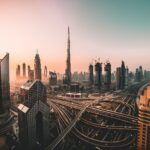 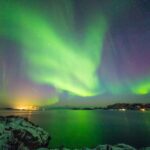 There are 2 other posts in this category. Click here for the complete list of posts related to DCubeD.
Good News: They are hiring!
If you want to work at DCubeD, get your chance! At least 3 jobs are vacant. Check the listed Jobs.
More from ESA 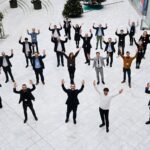 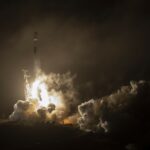 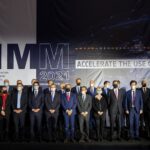 There are 18 other posts in this category. Click here for the complete list of posts related to ESA.

Under the leadership of the BDI, the NewSpace initiative was founded on December 1, 2021. Founding members include 26 tech and industrial companies as well as around half a dozen associations.

The German Aerospace Center (DLR) is to support NASA in research. A contract worth $49.9 million was signed to conduct bed rest studies.

Chicxulub, Tunguska, Chelyabinsk - When asteroids hit the Earth, the consequences can be devastating. To be able to prevent impacts in the future, NASA has now launched a mission to change the trajectory of an asteroid.