During the night from Friday to Saturday (May 15, 2021, 01:18 CEST; May 14, 2021, 23:18 UTC), the Chinese rover Zhu Rong successfully landed on the surface of Mars. This makes China the third nation after the USA and the former Soviet Union to achieve this feat.

As reported by the national space agency CNSA, the rover the size of a golf caddy successfully touched down gently on the surface in Utopia Planitia. The U.S. probe Viking 2 already landed nearby in 1972 and the rover Perseverance in February 2021, whose helicopter Ingenuity on board completed the first flight on an alien planet on April 19, 2021.

"The scientific research team confirmed via the telemetry signal sent by the Zhu Rong Mars rover that the Tianwen-1 lander successfully landed in the pre-selected landing area in the Utopia Plain of southern Mars on May 15."

The soft landing on Mars is an important milestone in China's ambitious space program. After all, China also wants to position itself as a superpower in space, which was affirmed by President Xi Jinping, who has been in office since 2013, in his congratulatory letter. As it read, "scientists should continue the exploration of Mars and accelerate the development into a space power." The seriousness of this undertaking was demonstrated, among other things, by the recent start of construction of China's own all-Chinese space station. Critics repeatedly accuse China of not adhering to international standards in space travel as well. The criticism became particularly loud when it became known that the upper stage of the Long March 5B rocket used to transport the first module of the space station would crash uncontrollably to Earth. It entered the atmosphere at 04.24 CEST on May 9, 2021, and crashed into the sea near the Maldives (2.65° N, 72.47° E) a few moments later.

Unlike NASA's Mars2020 mission, Tianwen-1, as CNSA's Mars mission is called, consists of several components. Although the landing didn't occur until now, the orbiter arrived at our neighboring planet on Feb. 10, 2021 - eight days ahead of NASA. After the orbiter and lander separated, Zhu Rong set down for landing. Despite the different procedure compared to U.S. missions, the Chinese also had to endure the "minutes of terror." Because of the long signal transit times between Earth and Mars, there is no way to intervene in the landing process from Earth.

A researcher, who was not named due to a lack of authorization to speak to foreign media, explained, "The landing on the Moon relies primarily on rocket engines to decelerate, since the Moon has no atmosphere, while the first stage of the landing on Mars uses its atmosphere as a brake. This is a great test of the lander's structure and heat resistance, as it must withstand violent impacts and extreme heat as it enters Mars' atmosphere at very high speeds."

Over the next 90 days, the rover will collect information about the surface of Mars. Among other things, it will look at the composition of the soil, search for traces of water under the surface and explore the surface climate. If this succeeds, China will catch up with the United States in this respect. Although the USSR successfully landed a probe on Mars in 1971 with Mars-3, the transmission of the signals broke off 110 seconds after landing.

Written by (MWe)
More from CNSA 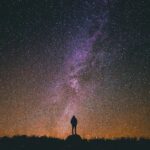