As of Nov. 6, 2021, there have already been 109 orbital rocket launches worldwide. Another 27 are expected to follow by the end of the year. This could make 2021 a record year.

In its latest publication focusing on German NewSpace companies, Capitol Momentum takes a look at the rocket launches so far in 2021. A total of three institutional and seven commercial payloads have been launched into space so far. Back on January 20, 2021, an Electron from Rocket Lab launched the OHB-built GMS-T satellite into an orbit with an orbital inclination of almost exactly 90°. The satellite's exact mission continues to provide room for speculation. It is suspected that it is orbiting the earth to safeguard otherwise expired radio frequencies. Also in January and then in June, EXOpod (Exolaunch), PIXL-1 (TESAT Spacecom) and ADEO-N2 Dragsail (HPS) launched on a Falcon 9 from SpaceX. In August, two demonstration satellites, KL-Beta 1 and 2 (KLEO Connect), were launched on a Chinese Long March 6. Except for the HPS demonstrator, all spacecraft are now in operational condition.

As Capitol Momentum points out, "successful technology demonstrations are a unique opportunity to showcase the potential applications, performance and feasibility of space technology." As a result, investment decisions would be driven and potential customers attracted. With two successful missions, this is particularly true of Exolaunch. A third mission with EXOpod is planned for Q4 2021. The German Commercial Launch Update 2021 can be downloaded for free from Capitol Momentum's website.

After Alexander Gerst, Matthias Maurer will be the 12th German astronaut to fly into space. The launch to the International Space Station ISS was originally scheduled for October 31, but was initially postponed to November 3, then to November 6 and finally to November 11, 2021 at the earliest. The SpaceX Crew-3 mission will be carried out with a Dragon space capsule on a Falcon 9, making this astronautical flight certainly a very special highlight from a German perspective. Only a few weeks later (probably December 18, 2021), an Ariane 5 will launch the James Webb Space Telescope (JWST) into orbit. It will replace the Hubble Space Telescope, which has been in space for more than 30 years. 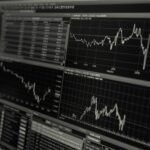 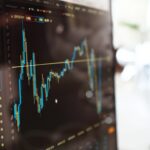 2021 will be record year for NewSpace company
01.09.2021
Good News: They are hiring!
If you want to work at Capitol Momentum, get your chance! At least one Job is vacant. Check the listed Jobs.