This year, the Innovation Award of the State of Lower Saxony will be presented for the fourth time. GAIA Aerospace's reusable AirLaunch System Valkyrie is nominated in the "Vision" category.

The award ceremony is intended to honor projects whose ideas move the state forward, which provide answers to what makes for successful cooperation and what SMEs achieve. The Innovation Award is presented under the patronage of the Ministry of Economics, Labor, Transport and Digitalization and the Ministry of Science and Culture by the Lower Saxony Innovation Network. A total of nine projects were nominated in the three categories "Vision," "Cooperation" and "Economy" - all of them innovative and forward-looking projects from and for science, business and society. The Valkyrie project from GAIA Aerospace is the only project nominated from the aerospace sector.

The award ceremony for the most convincing project in each category will take place on Tuesday, September 7, 2021. The first places are each endowed with 20,000 euros. In addition, an image film will be created for all nominees and they will receive support with public relations work in the following year.

On the occasion of the video shoot for the image film, GAIA Aerospace also already presented a first 1:20 scale model of the Valkyrie rocket at the Lilienthalhaus in Brunswick. While the model in the video was primarily used for explanatory purposes, the team had another idea after the shoot: By cleverly choosing the camera perspective, the GAIA team made the model, which is just 57 cm long, grow to the size of the final launch system for the viewer. In the space community, this trick caused a bit of a surprise moment and was met with lively approval. "Judging by the reactions we received to the pictures, we can look forward to many an April Fool's joke from us in the future," Kai Höfner, CEO of GAIA Aerospace, tells us with anticipation. 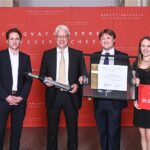 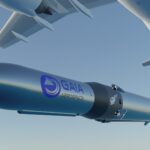 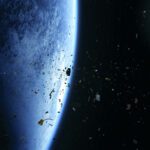